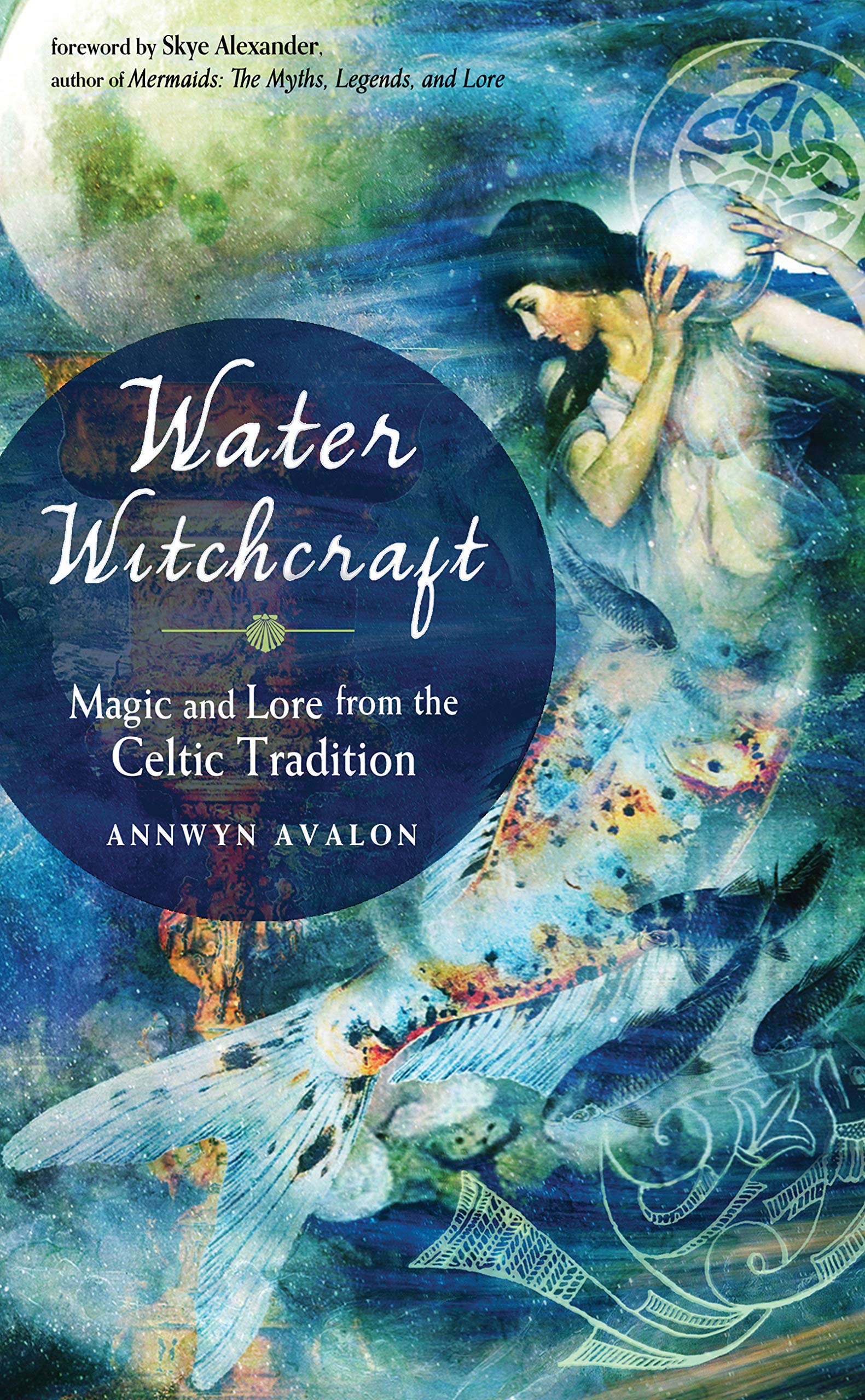 We Long to Be in the Water

As far back as we can remember, humans have been intimately connected with water, both physically and spiritually. We associate it with deities, spirits, souls, and creatures of other realms who find their homes in or near bodies of water that are often the setting for supernatural occurrences. We work with water in a sacred manner for our lives, for our children’s lives, and for the lives of the deities and spirits we find there. Throughout history, hundreds, perhaps thousands, of named water deities and spirits—and just as many obscure and unnamed ones— have appeared in myth and legend, and folklore is full of tales of magic wells, talking wells, water nymphs, great sea gods, and more.

From the Foreword by Skye Alexander

At this crucial time, when we’re experiencing massive pollution of the world’s waters, and when human-induced climate change threatens our seacoasts, marine life, and future generations, Annwyn’s call to honor the spirits of the waters rings loud and true. Immersing yourself in this intriguing and informative book will give you a greater appreciation for the life-giving water from which we originated and on which we depend for our continued existence.

Select your sacred water and pour it into your sacred vessel. Once the water is in the bowl, gather your fresh herb bundle, wand, feather, or other implement. If you want to say a blessing, prayer, or incantation, now is a great time. As you do so, project it into the water. When you are ready, dip the herbs into the bowl and fling the water in the target’s direction, saying:

I cleanse this space

With sacred love and grace.

I banish all bane from this place

With the power of river, lake, and sea.

This is my will; So mote it be!

The direction in which a river or stream flowed often determined its magical properties. Water that flowed toward the sun was believed to have both healing and blessing properties. A stream formed from seasonal runoff in the month of March was considered lucky, and water gathered there was used in luck charms and spells.

Lake water can be used to exorcise baneful enchantments, illness, and spirits. The possibilities are endless. The most important thing to remember about lake water is that it can be used for many things, especially sympathetic magic; like attracts like!

Witches who work in this environment find value in the medicine of shed snake skins, bones, and eggs, as well as all manner of teeth, spiders, and feathers. The water with which they connect and from which they draw their powers is dark and murky green, and filled with lurking serpents and poisonous creatures.

Sea witches have a long-standing reputation for lurking upon the shores, selling charms, calling up storms, and sinking ships. Some sea witches—especially those from stories collected from the New World and into the 19th century—were reported to wear red shoes. In fact, this was believed to be a sure sign of a witch.