Home irish history #OTD in 1957 – Birth of Thomas McElwee, Irish political prisoner, who died on the sixty-second day of his hunger strike in Long Kesh Prison.

The tenth republican to join the hunger strike was twenty-three-year-old IRA Volunteer Thomas McElwee, from Bellaghy in South Derry. He had been imprisoned since December 1976, following a premature explosion in which he lost an eye.

He was a first cousin of Francis Hughes, who died after fifty-nine days on hunger strike, on 12th May.

Thomas McElwee died at 11.30 a.m. on Saturday, 8th August. Indicative of the callousness of the British government towards prisoners and their families alike neither had the comfort of each other’s presence at that tragic moment. He died after 62 days of slow agonising hunger strike with no company other than prison warders – colleagues of those who had brutalised, degraded and tortured him for three-and-a-half years. 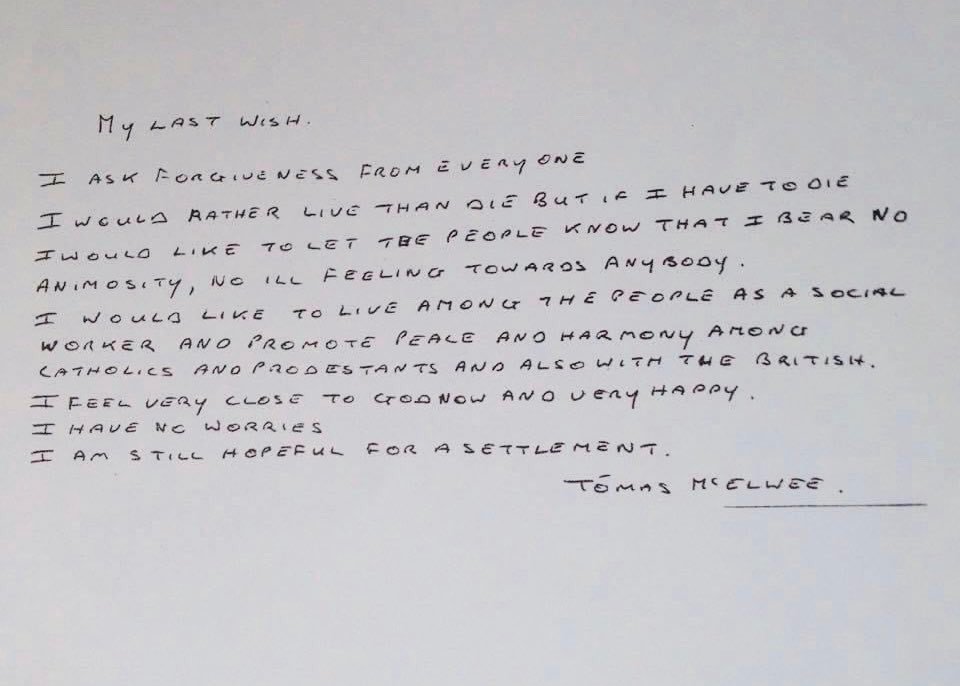 Did you miss our previous article…
https://jims-irish-parlor.com/doolin-co-clare-stillireland/