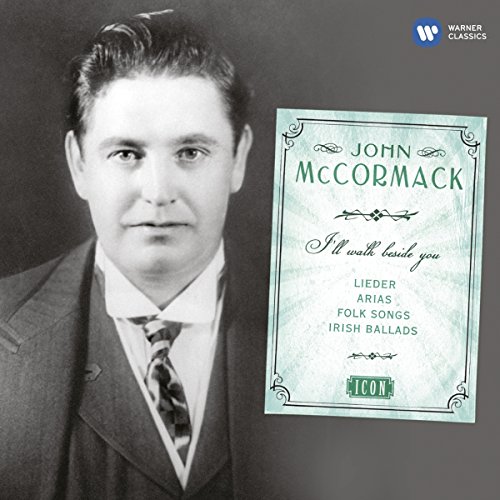 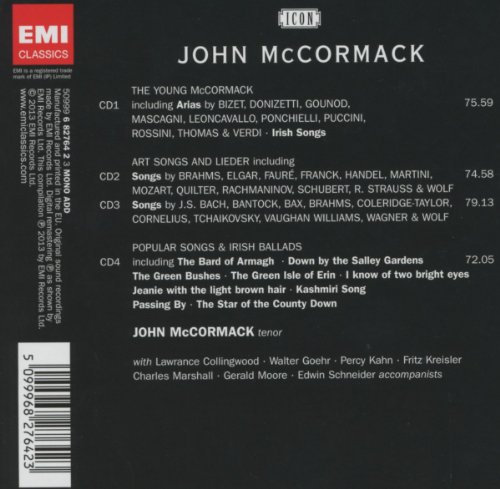 , Even in his lifetime, singer John McCormack was synonymous with Ireland. His worldwide success attracted a host of imitators, so that he could be said to have invented the Irish tenor. But a few minutes spent with the unique recordings of the original will quickly put the others in their place. McCormack was among a handful of artists of his time others were Enrico Caruso, Fritz Kreisler, Amelita Galli-Curci and Sergei Rachmaninov whose records could be found in every middle-class parlor in the civilized world. Even fellow singers looked up to him as a paragon of vocal technique and enunciation. Above all, he was a master communicator who could touch listeners hearts with his sincerity in the simplest of ballads. Although his recitals were usually packed with thousands of adoring fans, through his records he reached out to countless millions in the states of middle America, the outback of Australia or the hinterland of Africa who would never hear him in person. This 4-CD set features his celebrated operatic performances.
Is Discontinued By Manufacturer ‏ : ‎ No
Product Dimensions ‏ : ‎ 11.81 x 0.39 x 11.81 inches; 5.69 Ounces
Manufacturer ‏ : ‎ Warner Classics
Date First Available ‏ : ‎ December 28, 2012
Label ‏ : ‎ Warner Classics
ASIN ‏ : ‎ B00ACHXE4U
Number of discs ‏ : ‎ 4
, $17.38, $17.38