Edward Delaney (1930–2009) was an Irish sculptor born in Claremorris, Co Mayo in 1930. His best known works include the 1967 statue of Wolfe Tone and ‘famine’ memorial [in memory of the victims of An Gorta Mór 1845-1852] at the northeastern corner of St Stephen’s Green in Dublin and the statue of Thomas Davis in College Green, opposite Trinity College Dublin.

Delaney attended the National College of Art and Design in Dublin and, supported by the Irish Arts Council, studied casting in Germany. He represented Ireland at the Biennale de Paris in 1959 and 1961.

The following is his obituary from The Guardian:

The Irish sculptor Edward Delaney, who has died aged 79, is best known for his two major public monuments in Dublin, the Thomas Davis and Wolfe Tone memorials, which were unveiled in 1966 and 1967 respectively. When the figure of Wolfe Tone, weighing three-quarters of a tonne, was placed in St Stephen’s Green, there were complaints that it was too big. He rejected them out of hand: “Tone figured life-size in a park setting would look like a leprechaun.”

Asked what the four famine figures flanking the fountain at the rear of the memorial had to do with Tone, he replied that the failure of the French-backed 1798 rebellion presaged the disaster of the late 1840s. “I would like to have depicted him in French uniform, plumed hat and victorious sword. But history decided otherwise.” The Davis memorial, opposite the gates of Trinity College, also attracted unfavourable comment, and was dismissed by one critic as “an elephantine-footed” monster. Delaney retorted: “Truth lies in proportions, not in size.” In 1971, the memorial was blown up and had to be reconstructed by the artist when only the head survived.

Described as direct to the point of brazen, Delaney cultivated the image of the “angry man of sculpture,” as one newspaper portrayed him. He lambasted collectors who did not buy his work and was scathing in his criticism of some public art. The Irish public, in his view, had little understanding of sculpture: “They think you are codding them, so if I get the chance to throw sculpture at them, I do it with style.”

He grew up in Farmhill, Crossboyne, Co Mayo. By his account, his forefathers, the De Laniers, were French stonemasons who came to Mayo in the mid-19th century. He recalled growing up “surrounded by stone fireplaces made by my grandfather”. But his father chose to be a farmer. Delaney left school at 14, to work as an assistant in a hardware shop. Wanting more out of life, he headed for Dublin. There, he “infiltrated” the National College of Art, attending classes without ever enrolling.

He was drawn to sculpture after reading an article about the German sculptor Josef Wackerle and used bursaries from the West German and Italian governments to travel. His aim was to learn the art of lost-wax bronze casting, an exceptionally faithful method of casting that allows for fine detail. His quest led him to study in Rome and Munich, after which he worked in seven different foundries in Germany and northern France.

He got to work with sculptors such as Toni Stadler and Giacomo Manzù, whom he considered “the greatest sculptor in Christendom”, and came to identify with the postwar tradition of European figurative sculpture. Other artists who influenced him were Marino Marini and Emilio Greco. His return to Ireland in the early 1960s coincided with an expanding art market, a consequence of economic growth and cultural change. Reflecting the optimism of the times, he established his studio in Dún Laoghaire along with a foundry capable of casting monumental sculpture. Until then, such work had been cast only in London, Paris or Milan.

He regularly exhibited in Dublin, showing lithographs as well as small bronzes. He also designed album covers for the Chieftains and illustrated Wolf Mankowitz’s play The Samson Riddle.

In the mid-1970s he built a studio in Carraroe, Co Galway, moving there permanently in 1980 to live and work on a 21-acre farm. He grew vegetables, but devoted most of his efforts to developing an outdoor sculpture park. The bronze figures of humans and animals that first dotted the landscape were in time joined by pieces in pressed steel.

He represented Ireland at the Paris Biennale in 1959 and 1961, and exhibited his work in Tokyo, Buenos Aires and Budapest. He complained that London did not welcome Irish artists.

Represented in many private and corporate collections, he created an altar piece for St Michael the Archangel church in Ballinasloe, Co Galway, and work for Our Lady’s hospital in Drogheda, Co Louth. His six-metre-high steel sculpture Celtic Twilight is situated on the campus of University College Dublin. His bronze statue Eve With Apple was recently donated by a private collector to the Irish Museum of Modern Art. The piece was inspired by the artist’s years in Germany and the postwar poverty he witnessed there.

His reputation may ultimately rest on his small-scale work – animal and human figures, as well as more abstract creations. Of this work the critic Anthony Butler wrote: “Place these small sculptures on some Atlantic headland, letting the wind whistle through their complex spaces and cupping the rain on their raw texture, and they would be as natural as the limestone cliffs of Aran.” 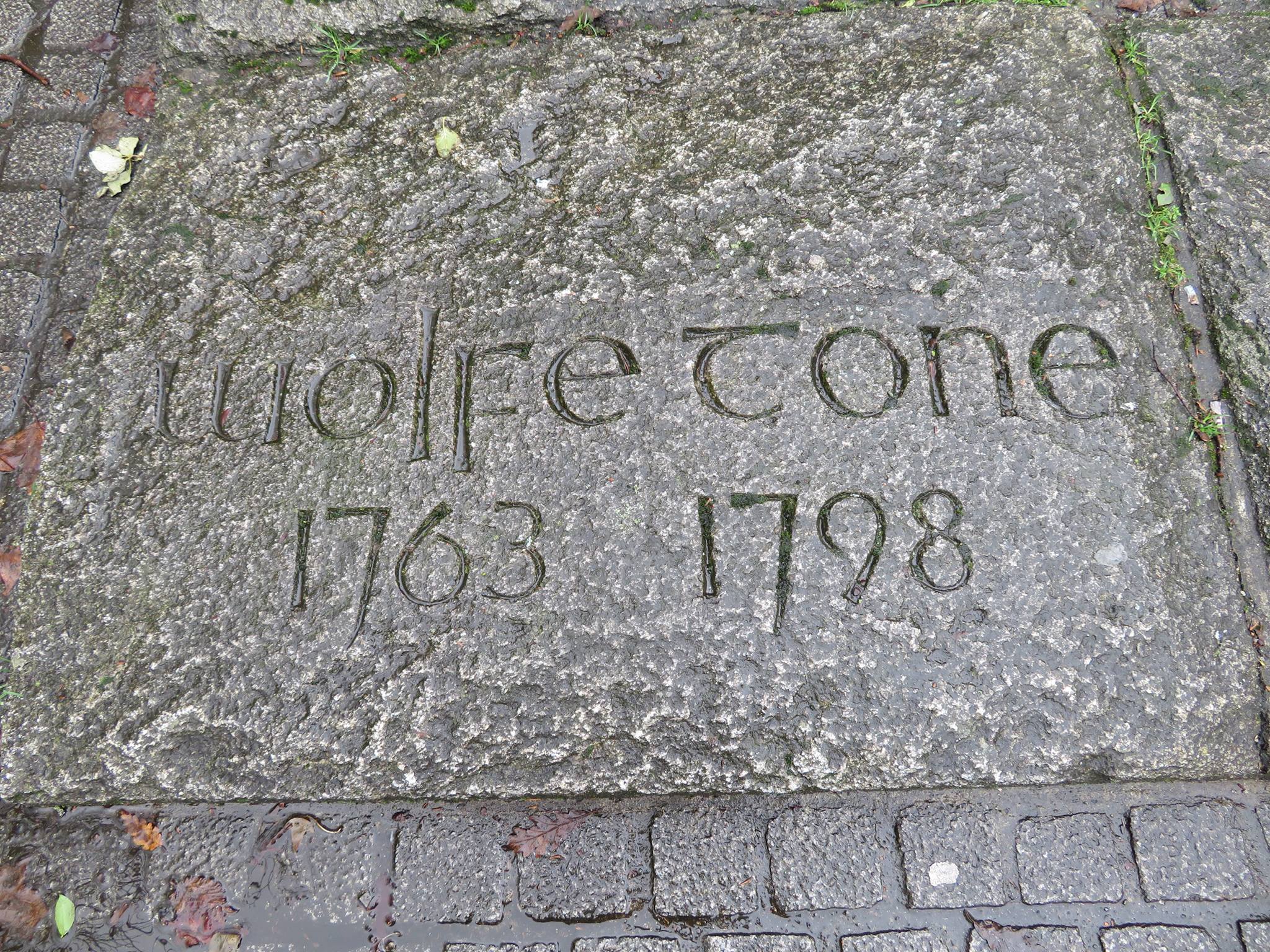